Página 890
Fourth district . In the county of Nassau , those parts of the towns of Oyster Bay
and Hempstead bounded by a line described as follows : Beginning at the
intersection of the waters of the Massapequa river and Lafayette place extended ,
thence ...
Página 930
... thence easterly along said tracks to the Brookhaven - Islip town line , thence
northerly on said line to the Brookhaven - Smithtown town line , thence along
said line to the waters of Long Island sound , thence easterly through said waters
to ...
Página 980
co Lathrop street , to Broadway , to Young street , to Ashley street , to Mohr
avenue , to Broadway , thence easterly along Broadway to the east city line of the
city of Buffalo , thence northerly along said line to its intersection with Burke drive
, the ... 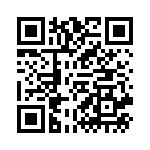