Página 25 - And when ye spread forth your hands, I will hide mine eyes from you: yea, when ye make many prayers, I will not hear: your hands are full of blood.
Aparece en 807 libros desde 1703-2008
Página 20 - And the LORD God said, Behold, the man is become as one of us, to know good and evil: and now, lest he put forth his hand, and take also of the tree of life, and eat, and live for ever...
Aparece en 1222 libros desde 1789-2008
Más
Página 11 - But the peculiar evil of silencing the expression of an opinion is, that it is robbing the human race; posterity as well as the existing generation; those who dissent from the opinion, still more than those who hold it. If the opinion is right, they are deprived of the opportunity of exchanging error for truth: if wrong, they lose, what is almost as great a benefit, the clearer perception and livelier impression of truth, produced by its collision with error.
Aparece en 492 libros desde 1859-2008
Página 12 - There is the greatest difference between presuming an opinion to be true, because with every opportunity for contesting it it has not been refuted, and assuming its truth for the purpose of not permitting its refutation. Complete liberty of contradicting and disproving our opinion is the very condition which justifies us in assuming its truth for purposes of action; and on no other terms can a being with human faculties have any rational assurance of being right.
Aparece en 227 libros desde 1766-2008
Página 4 - The books of the Word are all those which have an internal sense ; but those which have not, are not the Word. The books of the Word in the Old Testament are, the five books of Moses, the book of Joshua, the book of Judges, the two books of Samuel, the two books of...
Aparece en 58 libros desde 1811-2007
Página 31 - Religion of Humanity' can ever do more than temporarily shut out the thought of a Power of which Humanity is but a small and fugitive product — a Power which was in course of ever-changing manifestations before Humanity was, and will continue through other manifestations when Humanity has ceased to be.
Aparece en 29 libros desde 1873-2005
Página 5 - And as to the other seven books — the epistle to the Hebrews, the epistle of St. James, the second epistle of St. Peter, the second and third epistles of St. John, the epistle of St. Jude, and the Revelation...
Aparece en 80 libros desde 1794-2006
Página 11 - Aries the Ram, Taurus the Bull, Gemini the Twins, Cancer the Crab, Leo the Lion, Virgo the Virgin, Libra the Balance, Scorpio the Scorpion, Sagittarius the Archer, Capricornus the Goat, Aquarius the Waterbearer, and Pisces the Fishes...
Aparece en 261 libros desde 1778-2007
Página 12 - No one can be a great thinker who does not recognize that as a thinker it is his first duty to follow his intellect to whatever conclusions it may lead. Truth gains more even by the errors of one who, with due study and preparation, thinks for himself, than by the true opinions of those who hold them only because they do not suffer themselves to think.
Aparece en 33 libros desde 1887-2005
Página 18 - ... the heavens on all sides. Now, I am really at a loss what to say of those who, when they have once gone wrong, steadily persevere in their folly, and defend one absurd opinion by another.
Aparece en 37 libros desde 1837-2007
Menos 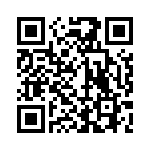