Página 1997
CHAPTER 576 AN ACT to amend the public housing law , in relation to notes
issued by a housing authority Became a law June 16 , 1968 , with the approval of
the Governor . Passed on message of necessity pursuant to article III , section 14
...
Página 2163
... alcohol permit or alcohol distributor's permit , issued by the state liquor
authority , and by the holder of an alcohol distributor's permit , class A , issued by
such authority to a holder of a distiller's license , class B , or a winery license ,
issued by ...
Página 2164
Notwithstanding any other provision of this article , the tax commission may
permit the purchase of liquors and wines without tax by a holder of a distiller's
license or a winery license , issued by the state liquor authority from another
holder of a ... 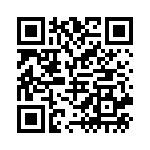