very interesting book and social history. though as in all social history the theory and reasoning is never absolute; what is being said in this book does ring true as it is thought about and the reasons behind secularisation in Britain. Leer comentario completo 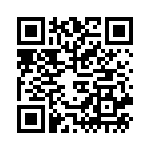