I have this book in my collection and only just now realized how old this thing is. I never actually opened up and read it, but at a glance it's amazing how much they knew about different peoples in different places in 1874, and what was known about the history, geography and language history of people that is in there. Undoubted, much as been learned about race since then, as probably much is verboten and lost out of political correctness, but it doesn't read like a book ranking races as much as noting differences in size, stature, and simple observations that Africans have longer limbs and Asians have shorter limbs and flatter noses aren't easily found in modern books that don't seem to acknowledge any differences between races other than skin color. Surprised that there's no review on this book, it is actually an interesting read if you have an open mind, a lot of stuff in here that's probably still valid today that is overlooked as "race research" is itself an anachronism.

Página 284 - Wash you, make you clean; put away the evil of your doings from before mine eyes; cease to do evil; Learn to do well; seek judgment, relieve the oppressed, judge the fatherless, plead for the widow. Come now, and let us reason together, saith the Lord: though your sins be as scarlet, they shall be as white as snow; though they be red like crimson, they shall be as wool.
Aparece en 959 libros desde 1611-2008
Página 284 - To what purpose is the multitude of your sacrifices unto me ? saith the LORD: I am full of the burnt-offerings of rams, and the fat of fed beasts ; and I delight not in the blood of bullocks, or of lambs, or of he-goats.
Aparece en 728 libros desde 1687-2008
Más
Página 17 - VI. On the Conservation of Energy. By Balfour Stewart, MA, LL.D., FRS With 14 Illustrations. Sixth Edition. Crown 8vo, 5*. VII. Animal Locomotion ; or Walking, Swimming, and Flying. By JB Pettigrew, MD, FRS, etc.
Aparece en 524 libros desde 1833-2006
Página 284 - And when ye spread forth your hands, I will hide Mine eyes from you : yea, when ye make many prayers, I will not hear : your hands are full of blood.
Aparece en 897 libros desde 1703-2008
Página 27 - MORELL, JR— Euclid Simplified in Method and Language. Being a Manual of Geometry. Compiled from the most important French Works, approved by the University of Paris and the Minister of Public Instruction.
Aparece en 611 libros desde 1833-2007
Página 40 - WARTENSLEBEN (Count H. von.)— THE OPERATIONS OF THE SOUTH ARMY IN JANUARY AND FEBRUARY, 1871.' Compiled from the Official War Documents of the Head-quarters of the Southern Army. Translated by Colonel CH von Wright. With Maps. Demy 8vo. price 6s. THE OPERATIONS OF THE FIRST ARMY UNDER GEN. VON MANTEUFFEL. Translated by Colonel CH von Wright. Uniform with the above. Demy 8vo. price 9*.
Aparece en 479 libros desde 1833-2000
Página 30 - Our Place among Infinities. A Series of Essays contrasting our little abode in space and time with the Infinities around us. To which are added Essays on "Astrology,
Aparece en 932 libros desde 1758-2008
Página 12 - The Religious History of Ireland: Primitive, Papal, and Protestant. Including the Evangelical Missions, Catholic Agitations, and Church Progress of the last half Century. 8vo. Cloth, price i2$. GODWIN (William). William Godwin: His Friends and Contemporaries. With Portraits and Facsimiles of the handwriting of Godwin and his Wife. By C. Kegan Paul. 2 vols. Demy 8vo. Cloth, price 28$.
Aparece en 457 libros desde 1839-2006
Página 17 - II. Physics and Politics ; or, Thoughts on the Application of the Principles of "Natural Selection " and " Inheritance
Aparece en 678 libros desde 1833-2007
Menos 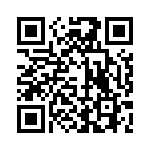