12/22/20 I own the complete set (vol 1-54) and keep them at home on the top west shelf of my office; this includes The Great Conversation (which is volume 1) and The Great Ideas (volumes 2-3, the ... Leer comentario completo

Picked up this entire set in excellent condition at a library sponsored used book sale for $60.00. hands down one of my best finds. Leer comentario completo

J. R. Pole, formerly Rhodes Professor of American History at the University of Oxford, is an Emeritus Fellow of St. Catherine's College, Oxford. 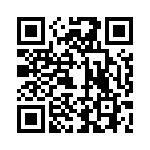