Página 67
The newly married is a top - notch Regency , told with flair countess , Tess , turns
out to have been the and fraught with sexual tension . girl who rejected Roman's
suit 10 years ( Aug. ) ago . Despite the span of years , Roman and Tess ( who is ...
Página 80
Perhaps the most uled to appear , as the millennium The six - figure deal was for
world surprising was the purchase of a yet turns , from Los Angeles - based
Renais rights , and Smetanka , a former scout to - be - published picture book ,
Auntie ...
Página 60
But his former takes an interesting turn when they discov boss's secretary , Ingrid
, has always liked THE PRICE OF HONOR er ... The elder Caine , in his final
turns out to be the victim's half - sister , Faye larity , deftly skewering the
publishing in ... 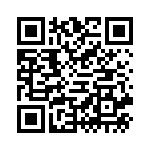