English poet and dramatist George Gordon, Lord Byron was born January 22, 1788, in London. The boy was sent to school in Aberdeen, Scotland, until the age of ten, then to Harrow, and eventually to Cambridge, where he remained form 1805 to 1808. A congenital lameness rankled in the spirit of a high-spirited Byron. As a result, he tried to excel in every thing he did. It was during his Cambridge days that Byron's first poems were published, the Hours of Idleness (1807). The poems were criticized unfavorably. Soon after Byron took the grand tour of the Continent and returned to tell of it in the first two cantos of Childe Harold (1812). Instantly entertained by the descriptions of Spain, Portugal, Albania, and Greece in the first publication, and later travels in Belgium, Germany, Switzerland, and Italy, the public savored Byron's passionate, saucy, and brilliant writing. Byron published the last of Childe Harold, Canto IV, in 1818. The work created and established Byron's immense popularity, his reputation as a poet and his public persona as a brilliant but moody romantic hero, of which he could never rid himself. Some of Byron's lasting works include The Corsair, Lara, Hebrew Melodies, She Walks In Beauty, and the drama Manfred. In 1819 he published the first canto of Don Juan, destined to become his greatest work. Similar to Childe Harold, this epic recounts the exotic and titillating adventures of a young Byronica hero, giving voice to Byron's social and moral criticisms of the age. Criticized as immoral, Byron defended Don Juan fiercely because it was true-the virtues the reader doesn't see in Don Juan are not there precisely because they are so rarely exhibited in life. Nevertheless, the poem is humorous, rollicking, thoughtful, and entertaining, an enduring masterpiece of English literature. Byron died of fever in Greece in 1824, attempting to finance and lead the Byron Brigade of Greek freedom fighters against the Turks.

Isaac Asimov was born in Petrovichi, Russia, on January 2, 1920. His family emigrated to the United States in 1923 and settled in Brooklyn, New York, where they owned and operated a candy store. Asimov became a naturalized U.S. citizen at the age of eight. As a youngster he discovered his talent for writing, producing his first original fiction at the age of eleven. He went on to become one of the world's most prolific writers, publishing nearly 500 books in his lifetime. Asimov was not only a writer; he also was a biochemist and an educator. He studied chemistry at Columbia University, earning a B.S., M.A. and Ph.D. In 1951, Asimov accepted a position as an instructor of biochemistry at Boston University's School of Medicine even though he had no practical experience in the field. His exceptional intelligence enabled him to master new systems rapidly, and he soon became a successful and distinguished professor at Columbia and even co-authored a biochemistry textbook within a few years. Asimov won numerous awards and honors for his books and stories, and he is considered to be a leading writer of the Golden Age of science fiction. While he did not invent science fiction, he helped to legitimize it by adding the narrative structure that had been missing from the traditional science fiction books of the period. He also introduced several innovative concepts, including the thematic concern for technological progress and its impact on humanity. Asimov is probably best known for his Foundation series, which includes Foundation, Foundation and Empire, and Second Foundation. In 1966, this trilogy won the Hugo award for best all-time science fiction series. In 1983, Asimov wrote an additional Foundation novel, Foundation's Edge, which won the Hugo for best novel of that year. Asimov also wrote a series of robot books that included I, Robot, and eventually he tied the two series together. He won three additional Hugos, including one awarded posthumously for the best non-fiction book of 1995, I. Asimov. "Nightfall" was chosen the best science fiction story of all time by the Science Fiction Writers of America. In 1979, Asimov wrote his autobiography, In Memory Yet Green. He continued writing until just a few years before his death from heart and kidney failure on April 6, 1992.

Milton Glaser is an internationally known artist and illustrator. Born on June 26, 1929 in New York City, he studied at the Academy of Fine Arts in Bologna, Italy. He has had an eclectic career, starting the Push-Pin design studio in 1954 while teaching at the School of Visual Arts. Collections of his designs appear in book form, including Milton Glaser: Graphic Design and The Underground Gourmet Cookbook. Glaser is perhaps best known for his creation of the I Love NY logo, but he has also created numerous other logos for various entities, including the one for Tony Kushner's Pulitzer Prize- winning play, Angels in America. In 1968 he co-founded New York magazine, and in 1974, his own company, Milton Glaser Inc. In 2004, Glaser won a National Design Award Lifetime Achievement from the Cooper-Hewitt National Design Museum. In 2009, he was awarded the National Medal of Arts by President Barack Obama. 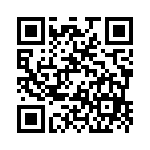