The best book -- certainly the most important and knowledgeable book, ever written to show clearly that Jeff Davis used Dred Scott decision to justify the killings, tortures, and invasions of Kansas in 1856. He wrote the book and did (or had others do) the actions.
By extension, and Lincoln agreed -- Dred Scott decision justifed the South for starting the US Civil War, specifically, as a war to spread slavery. Not a war for state's rights, quite the opposite. Davis explained that no legislature, no Congress, no vote of the public, made any difference, since Dred Scott decision and its three "court orders".
Davis explains and shows, in this book those three "orders".
Davis explained -- in detail -- that Dred Scott decision changed everything (it's possible if not likely he wrote, or had a hand in writing the specific language he refers to in this book). The words in Dred Scott decision perfectly match the actions and intentions of those who invaded Kansas already, by the time the decision was announced.
Davis explained the justification for sending killers, and the violence used to spread slavery, far more clear terms than any author since.
It's a travesty to our supposed "scholarship" about slavery, and the violent attempts to spread
slavery to the rest of USA, does not have this as the center piece of Southern justification and legal basis for the killings, tortures, and war to spread slavery.
While Davis would later claim he had spent 20 years "day and night" trying to avoid war, actually his own actions and writings show he was busy indeed at the center of pushing violence to spread slavery all along. At first in the form of terror, but when that did not work, outright killing torture and war.
Davis may have intended for simple terror and bluster to be enough to spread slavery, and that he was stupid about the resistance to his actions. He relied on past events - where no one, in any organized way, dared fight back. But that is what happened.
needed to gather support to kill invade and spread slavery by force.
Though Davis does not dare be that blunt in this book, the basis of Davis justification is very blunt. Dred Scott "court orders" - as the Supreme Court language in Dred Scott is "pledge'.
Blacks must not be seen as human beings -- persons.
Blacks must be seen as property - not human beings, persons.
The federal government MUST protect slavery.
The term his "protection" -- the government must protect slavery in Dred Scott decision, the way Davis and South used it themselves in Kansas and in Deep South -- meant violence. Not sorta, not kinda, not in a way. Nothing is more clear, at least to the people being killed, tortured or set upon by Davis paid killers in Kansas.
Specifically protection meant sending paid killers to KS, which Davis did, as Secretary of War.
Davis proxies in Kansas quickly make it a crime to publish anti-slavery newspapers in Kansas, as first thing, when they created what's then and since called "bogus legislature". That bogus legislature very nearly got slavery wrapped up in a bow, at the time and it seemed to many South, Jeff Davis, and slave power had won. Southern leaders boasted as if they had won, as we can see by speeches to cheering crowds at the time.
This should surprise no one - because slavery was maintained -- and "all opposition to it" stopped to parahprase James Debow, proudly. It's astonishing, past stupid, not to teach this in our schools and text books because it was no only basic, Davis and other Southern leaders caused it to happen, and bragged about it.
In the South Southern leaders made it it a crime to speak, preach or even own a book against slavery. That was the functional result of what happened, under Jeff Davis leadership, to "protect" slavery, both before Kansas ACT and after.
Of course, it should be noted, and not humerously, that

Página 319 - WHEREAS, The laws of the United States have been for some time past and now are opposed, and the execution thereof obstructed in the States of South Carolina, Georgia, Alabama, Florida, Mississippi, Louisiana, and Texas, by combinations too powerful to be suppressed by the ordinary course of judicial proceedings, or by the powers vested in the marshals by law...
Aparece en 731 libros desde 1803-2008
Página 673 - The person having the greatest number of votes as Vice President, shall be the Vice President, if such number be a majority of the whole number of electors appointed, and if no person have a majority, then from the two highest numbers on the list, the Senate shall choose the Vice President; a quorum for the purpose shall consist of two-thirds of the whole number of Senators, and a majority of the whole number shall be necessary to a choice. But no person constitutionally ineligible to the office...
Aparece en 765 libros desde 1804-2008
Más
Página 668 - The Congress shall have power to dispose of and make all needful rules and regulations respecting the territory or other property belonging to the United States ; and nothing in this Constitution shall be so construed as to prejudice any claims of the United States, or of any particular State. SECTION 4. The United States shall guarantee to every State in this Union a republican form of government, and shall protect each of them against invasion, and on application of the Legislature, or of the Executive...
Aparece en 890 libros desde 1814-2008
Página 188 - That this assembly doth explicitly and peremptorily declare that it views the powers of the Federal Government as resulting from the compact to which the States are parties...
Aparece en 471 libros desde 1813-2008
Página 385 - That the government created by this compact was not made the exclusive or final judge of the extent of the powers delegated to itself; since that would have made its discretion, and not the Constitution, the measure of its powers; but that, as in all other cases of compact among parties having no common judge, each party has an equal right to judge for itself, as well of infractions, as of the mode and measure of redress.
Aparece en 696 libros desde 1795-2008
Página 639 - ... To regulate commerce with foreign nations, and among the several States, and with the Indian tribes ; 4 To establish an uniform rule of naturalization, and uniform laws on the subject of bankruptcies throughout the United States ; 5 To coin money, regulate the value thereof, and of foreign coin, and fix the standard of weights and measures ; 6 To provide for the punishment of counterfeiting the securities and current coin of the United States...
Aparece en 883 libros desde 1816-2008
Página 92 - Philadelphia for the sole and express purpose of revising the articles of Confederation and reporting to Congress and the several legislatures such alterations and provisions therein as shall, when agreed to in Congress and confirmed by the States, render the federal Constitution adequate to the exigencies of government and the preservation of the Union.
Aparece en 506 libros desde 1802-2008
Página 645 - Treason against the United States shall consist only in levying war against them or in adhering to their enemies, giving them aid and comfort. No person shall be convicted of treason, unless on the testimony of two witnesses to the same overt act, or on confession in open court.
Aparece en 681 libros desde 1819-2008
Página 320 - We, the people of the State of South Carolina, in Convention assembled, do declare and ordain, and it is hereby declared and ordained, that the ordinance adopted by us in Convention, on the 23d day of May, in the year of our Lord 1788, whereby the Constitution of the United States of America...
Aparece en 311 libros desde 1813-2008
Página 181 - September last, shall be disposed of for the common benefit of the United States and be settled and formed into distinct republican States, which shall become members of the Federal Union and have the same rights of sovereignty, freedom and independence as the other States...
Aparece en 408 libros desde 1811-2007
Menos 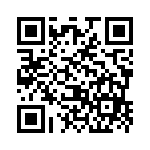