William J. Rorabaugh is professor of history at the University ofWashington, Seattle. He is the author of The Alcoholic Republic: An American Tradition, The Craft Apprentice: From Franklin to the Machine Age, Berkeley at War: The 1960's and Kennedy and the Promise ofthe Sixties. Donald T. Critchlow is professor of history at Saint Louis University. He is the founding editor of the Journal of Policy History, and the author of a number of books, including Intended Consequences: Birth Control, Abortion, and the Federal Government andStudebaker: The Life and Death of an American Corporation. Paula Baker is associate professor of history at the Ohio State University and is the author of The Moral Framework of Public Life: Gender, Politics,and the State in Rural New York, 1870-1930, editor of Money and Politics and co-editor of Major Problems in American History since 1945. 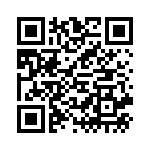