The Apology at the beginning of this edition is worthwhile, and the notes are more complete and useful than in the Gutenberg edition, though the most recent editor's grammatical corrections are oddly nit-picky and out-of-place.
Also, check out page 130.

Hard to believe that there was a time when Robinson Crusoe wasn't deeply embedded in the western pysche. As I sit here on my couch, it's easy to come up with a dozen contemporary reference points: Lost, that shitty Tom Hanks movie...um... well you get the idea. Two contemporary reference points. Like Moll Flanders, Defoe wrote Robinson Crusoe as a "biography", and like Flanders, people believed it. In fact, for many it is the character, not the author that people know and remember.
Regardless, Crusoe is an important precursor to the novel and after reading the book, its easy to see why. Defoe's protagionist is recognizable as a modern hero. Before I started Crusoe I had the vague idea that the book would start and end with him marooned on a desert island. Not so. Crusoe starts out as a young lad in the UK. He wants to go to see, his dad tells him to stay home. He goes anyways. He hooks up with some Portugese traders, gets captured by a Moorish pirate, escapes, is rescued off the coast of Africa, ends up in Brazil, starts a plantation, goes on an expedition to capture slaves(!) AND THEN he gets shipwrecked.
So. He's on the island, and he builds his own little world. The meat of the book alternates between his explaining his various innovations (builds a goat pen, farms some rice, builds a house) and making exhortations to god about his miserable fate/how lucky his is not to be dead.) This goes on for roughly 24 years(only 150 pages of text, tho.) Meanwhile I'm thinking, "Didn't he have a sidekick? Friday? Isn't Friday in this book?"
And then- voila- Friday shows up- Crusoe rescues him from some Carribean cannibals- and from there Crusoe's solitude is broken. Despite the archaic spelling/grammar & syntax Crusoe is a quick, easy read. It's almost like reading some kind of literary archetype- a kind of narrative that lies at the center of who we are as modern individuals.
I think individualism is at the center of Robinson Crusoe. Crusoe's solitude is an early example of an internal, subjective narrative. We all live in Crusoe's world now, but it's easy to see why it was such a smash in 1719- it must have spoken deeply to the rise in individualism that coincided with with the rise of other aspects of modernity in the 18th century.

Página 213 - Your inherent portion of dirt does not fail of acquisitions, by sweepings exhaled from below; and one insect furnishes you with a share of poison to destroy another. So that, in short, the question comes all to this — Whether is the nobler being of the two, that which, by a lazy contemplation of four inches round, by an overweening pride, feeding and engendering on itself, turns all into excrement and venom, producing nothing at all, but flybane and a cobweb; or that which, by an universal range,...
Aparece en 160 libros desde 1705-2008
Página 100 - Lastly, a true critic, in the perusal of a book, is like a dog at a feast, whose thoughts and stomach are wholly set upon what the guests fling away, and consequently is apt to snarl most when there are the fewest bones.
Aparece en 121 libros desde 1755-2006
Más
Página 211 - ... end ; he stormed and swore like a madman, and swelled till he was ready to burst. At length, casting his eye upon the .bee, and wisely gathering causes from events, (for they knew each other by sight,) A plague split you...
Aparece en 149 libros desde 1705-2006
Página 210 - For upon the highest corner of a large window there dwelt a certain spider, swollen up to the first magnitude by the destruction of infinite numbers of flies, whose spoils lay scattered before the gates of his palace, like human bones before the cave of some giant.
Aparece en 105 libros desde 1705-1986
Página 152 - But when a man's fancy gets astride on his reason, when imagination is at cuffs with the senses, and common understanding as well as common sense is kickt out of doors...
Aparece en 159 libros desde 1812-2008
Página 212 - Not to disparage myself," said he, " by the comparison with such a rascal, what art thou but a vagabond without house or home, without stock or inheritance, born to no possession of your own but a pair of wings and a drone-pipe ? Your livelihood is...
Aparece en 103 libros desde 1705-2008
Página 60 - Tis but a ball bandied to and fro, and every man carries a racket about him to strike it from himself among the rest of the company.
Aparece en 83 libros desde 1705-2006
Página 115 - To this end I have some time since, with a world of pains and art, dissected the carcass of human nature, and read many useful lectures upon the several parts, both containing and contained, till at last it smelt so strong I could preserve it no longer.
Aparece en 85 libros desde 1755-2007
Página 135 - By these methods, in a few weeks, there starts up many a writer, capable of managing the profoundest and most universal subjects. For, what though his head be empty, provided his commonplace book be full...
Aparece en 78 libros desde 1755-2006
Menos 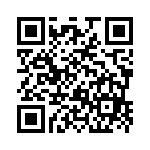