Charles Harold Dodd, a leading British New Testament scholar, was born in Wrexham, North Wales. Awarded a B.A. degree in classics at University College, Oxford, in 1906, Dodd engaged in further studies at the University of Berlin, where he pursued a research program in ancient history and archaeology, and at Mansfield College, Oxford, where he prepared himself in theology. After serving as minister of the Independent (Congregational) Church at Warwick (1912-15, 1918-19), he returned to Mansfield College as Yates Lecturer in New Testament. In 1930 he moved to Manchester University to become professor of biblical criticism and exegesis. Five years later he assumed the Norris-Hulse professorship at Cambridge University, where he taught until his retirement in 1949. In the following year, he embarked on a 15-year directorship of the New English Bible translation project. In recognition of his achievements, Dodd received from Queen Elizabeth the Companionship of Honour in 1963. In his slender but weighty study, The Apostolic Preaching and Its Developments (1936), Dodd discerns within the diverse strata of the New Testament a common unifying core, namely, the kerygma (preaching) of the primitive church. This core consisted of a sequence of events---the life, death, and resurrection of Jesus of Nazareth---in which God's glory was declared to have been disclosed. Thus, emerging Christianity embraced this as the decisive deed of God for humanity's salvation. For Dodd this kerygma theology is the theology of the New Testament. Dodd also advanced the study of biblical eschatology by uncovering in the parables of Jesus not an apocalyptic but a realized eschatology. Here he challenged Albert Schweitzer's claim that Jesus made no room for either apocalyptic or traditional eschatological ideas in his teaching. According to Dodd's reading of the New Testament, no future cataclysmic event would inaugurate the long-awaited kingdom of God. 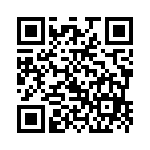