This was my bedside and bathroom book for probably 6 months before I finished it. It is an excellent book of lists as is and a great place to jump off into other research on any topic within it you may find intriguing. Leer comentario completo

Now this is a book. Lemme tell you. These lists are...mind bending to say the least. There are a few lists in here of things you would have never thought a government might have. Such as the delta ... Leer comentario completo

Russ Kick is an editor and writer. The New York Times referred to him as “an information archaeologist,” and Utne Reader named him one of its 50 Visionaries Who Are Changing Your World. Among his many popular books are Everything You Know Is Wrong, Death Poems, and 100 Things You Are Not Supposed to Know. 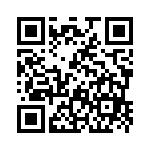