Lee Alan Dugatkin is Professor of Biological Sciences at the University of Louisville. He is the author of many books, including the popular Cheating Monkeys and Citizen Bees: The Nature of Cooperation in Animals and Humans and Model Systems in Behavioral Ecology (Princeton). 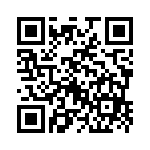