Página 2072
Mr. MINER now inquired of the Chair, whether, if the bill should be recommitted,
the whole of it would the open to discussion, or only the duly on woollens. Tin-
SPEAKER replied, that the whole bill, together with all the amendments, as well ...
Página 2088
After appealing from the decision ef the CHAIR, Mr. CAMBKELENG said he
would state the grounds of his appeal. The amendment proposed by the
gentleman horn Ohio was not offered in committee of the whole, and goes
beyond that which ...
Página 2208
The objection is, that these lands are " the common property of the whole Union;"
and, being so, that it is unjust and inexpedient to make partial donations of any
portion of them to one or more States, short of the whole. It is further urged, and ... 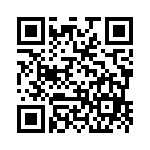