Thomas Merton (1915-1968) is widely regarded as one of the most influential spiritual writers of modern times. He was a Trappist monk, writer, and peace and civil rights activist. His bestselling books include The Seven-Storey Mountain, New Seeds of Contemplation, and Mystics and Zen Masters.

William H. Shannon is Professor Emeritus, at Nazareth College in Rochester, New York. He is the founding president of the International Thomas Merton Society, the general editor of the Thomas Merton letters, and coauthor of The Thomas Merton Encyclopedia with Christine Bochen and Patrick F. O'Connell. He is the author of the much acclaimed biography of Merton, Silent Lamp, as well as a number of books on spirituality, and has been published in many journals. He lives in Rochester, New York. 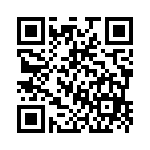