What struck me most about the contents of Sir Walter Raleigh, a lengthy biography by Raleigh Trevelyan, was why a man so talented and so proactive in defending his country against all her enemies ... Leer comentario completo

Raleigh Trevelyan was born in the Andaman Islands on July 6, 1923 and moved to Great Britain when he was eight years old. During World War II, he commanded a platoon in Italy. He worked as an editor at Collins and later at Jonathan Cape and Michael Joseph, which is now a part of Penguin Random House. He wrote several books including The Fortress, Shades of the Alhambra, A Pre-Raphaelite Circle, Rome '44, The Golden Oriole, and A Hermit Disclosed. He also wrote a biography of his ancestor Sir Walter Raleigh. He died on October 23, 2014 at the age of 91. 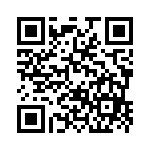