Connects the dots to Franklin attributes

This Autobiography was Franklins work in progress over the span of his life which included written correspondence with family and acquaintances. Its pretty much copied in text from his hand written ... Leer comentario completo

I think we all learned a little about Benjamin Franklin in our history classes, such as his experiments with lightning, his inventions, and some of his public service achievements, as well as his ... Leer comentario completo 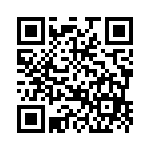