(part 2 of 2) (part one posted from another account due to word count limitation)
There is one exception however, for he shows some admiration for Druzes (a sect that lives mostly in Mount Lebanon and the southern Hauran mountains). He speaks of their bravery, though confuses that sometimes with brutality. Still, the book, unfortunately and suspiciously, is silent or provides too little information about other Sects or any other group of people in that land. And that, in my opinion, is a major flaw that I could not overlook.
This doesn't mean that he did not have an opinion about the other inhabitants of Syria; because he did. It was more of prejudice and prejudgment against Arabs and Muslims, collectively. Take pages 168 and 169 for example. He said that Busrah declined after the Arab conquest and it became desolate. Yet in a few lines on page 169, the stated it remained the seat of a Bishop until the 13th century (600 years after the Arab conquest), and populous too. Which would not make any sense in light of his earlier statements.
The fact that his interaction with the natives was limited to mullateers and servants, or formal visits to sheikhs, limited his ability to understand the culture, but also betrayed his looking down on the inhabitants of this land.
Another clear example of this, is his description between pages 228 and 233, of a huge crowd attacking him and his friends. He blames the attack on them being Muslims. Then moves on. No word on why they were attacked, not even speculation. As if his explanation was sufficient. It is surprising, then, that living amongst Muslims for five years, wasn't filled with such personal attacks on his safety. In my opinion, this is plain prejudice and racism.
His opinion of Christians in this land is not much better than that of Muslims. See examples in page 279, and 287.
With him spending five years in this land without true interaction with the people, and mainly focusing on topography and maps (dotted with the hobby, or the cover, of looking for Latin/Roman inscriptions), I cannot help but suspect that he may have been an intelligence officer of some sort, mapping the land and its geography/topography, but with willful disdain for the people and intentional detachments from them.
The above criticism, should not overshadow the fact that I enjoyed reading both volumes of the book. I understand that the times were different, but I also believe that objectivity should be universal.
For those of you, readers, who scan the reviews for the first few lines and the last few lines: very good book. Read it!

(part 1 of 2) (part 2 to be posted from my friend's account, due to word count limit)
The book, in its two volumes, spans more than 800 pages.
This book, volume 2, is more than 400 pages; though pages 134 and 135 (page numbers as in the original text) are missing!
The author's geographic observations about the country are of great detail, so as to please the reader.
It would be a very interesting project and adventure to retrace his steps, in today's Syria, and see how the conditions of these villages, towns and cities are nowadays.
It, however, pained me to compare his description of the abundant water of the Barada River then and its surrounding Evergreen forests, to the drying rivulet that it is now with the surrounding cement villages of these days.
The author was a witness to a far more beautiful country, the country of my great-grandfather and his time.
However, as interesting as this reading was, I have a few negative but objective remarks about the text.
The book in its entirety was supposed to talk about the five years spent in Damascus by the author. But most of the narriative is about his excursions outside Damascus. His personal anecdotes are for the most part with no historical value, his main focus was about the topography of the land/Syria, and about correcting the maps done by his predecessors in exploring this part of the world.
Another main concern of the author was to transcribe any archaeological inscription he may encounter, but with the predetermined prejudice to ignore any Arabic inscription, and focus on Latin inscriptions, regardless of their historical value. In page 179, he mentions "a beautiful Arabic inscription". But no attempt at translating it, ..none. For one who translates Latin inscriptions with fervor, even one about a house erected by nobody in memory of his nobody's father, it is weird that no attempt was made in soliciting translation of Arabic inscriptions, in this Arabic land!
His emphasis on Roman and Latin inscriptions, while providing very little about the history of the lands and its people, past and contemporary, is counterproductive, since it does not place these inscriptions within a historical context that might otherwise have given them value.
His record became a mere description of stones, old Roman roads, and a scant mention of the presence of people here and there, as if they never really existed (more on that later).
And while this topography and semi-archaeological interests are valid in and by themselves, his premise to document his five years spent in and around Damascus, is heavily overshadowed by the fact that his description of the people of the land is almost absent. By reading the 800 pages, you come out with a sense that he did not want to have any encounter with these people, amongst whom he spent five years. There are some personal reflections about the collective behavior of the ethnic and religious groups he met, mostly with prejudice and probably even racial disdain, but no description of their way of life, their daily customs, or any hint of him getting close enough to anyone of the natives to know what they think about, their sufferings, or their hopes and dreams.

Página 265 - For the day of the Lord of hosts shall be upon every one that is proud and lofty, And upon every one that is lifted up; and he shall be brought low...
Aparece en 731 libros desde 1611-2008
Página 377 - More Worlds than One. The Creed of the Philosopher and the Hope of the Christian.
Aparece en 796 libros desde 1809-2007
Más
Página 264 - The mountains quake at him, and the hills melt, and the earth is burned at his presence, yea, the world, and all that dwell therein. Who can stand before his indignation? and who can abide in the fierceness of his anger? his fury is poured out like fire, and the rocks are thrown down by him.
Aparece en 329 libros desde 1756-2007
Página 266 - And we took all his cities at that time, there was not a city which we took not from them, threescore cities, all the region of Argob, the kingdom of Og in Bashan. All these cities were fenced with high walls, gates, and bars ; beside unwalled towns a great many.
Aparece en 293 libros desde 1805-2008
Página 104 - The sinners in Zion are afraid; fearfulness hath surprised the hypocrites. Who among us shall dwell with the devouring fire ? who among us shall dwell with everlasting burnings...
Aparece en 196 libros desde 1800-2008
Página 160 - Lord ; For three transgressions of Edom, and for four, I will not turn away the punishment thereof; because he did pursue his brother with the sword, and did cast off all pity, and his anger did tear perpetually, and he kept his wrath for ever: but I will send a fire upon Teman, which shall devour the palaces of Bozrah.
Aparece en 81 libros desde 1806-2007
Página 353 - From mount Hor ye shall point out your border unto the entrance of Hamath; and the goings forth of the border shall be to Zedad: 9 And the border shall go on to Ziphron, and the goings out of it shall be at Hazarenan: this shall be your north border.
Aparece en 155 libros desde 1805-2008
Página 383 - Handbook of Architecture. Being a Concise and Popular Account of the Different Styles prevailing in all Ages and Countries in the World. With a Description of the most remarkable Buildings.
Aparece en 210 libros desde 1835-2007
Página 381 - DAVY'S (SiR HUMPHRY) Consolations in Travel; or, Last Days of a Philosopher. Fifth Edition. Woodcuts. Fcap. Svo. 6s. Salmonia; or, Days of Fly Fishing. With some Account of the Habits of Fishes belonging to the genus Salmo. Fourth Edition. Woodcuts. Fcap. Svo. 6s. DENNIS' (GEORGE) Cities and Cemeteries of Etruria; or, the extant Local Remains of Etruscan Art.
Aparece en 258 libros desde 1828-2005
Página 334 - And they slew the sons of Zedekiah before his eyes, and put out the eyes of Zedekiah and bound him with fetters of brass, and carried him to Babylon.
Aparece en 309 libros desde 1730-2008
Menos 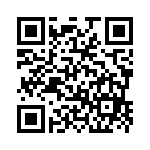