Página 151 - ORDER Let all your things have their places; let each part of your business have its time. 4 RESOLUTION Resolve to perform what you ought; perform without fail what you resolve.
Aparece en 467 libros desde 1818-2008
Página 43 - I had never before seen any of them. I bought it, read it over and over, and was much delighted with it. I thought the writing excellent, and wished, if possible, to imitate it.
Aparece en 328 libros desde 1818-2008
Más
Página 157 - Father of light and life, thou Good Supreme! O teach me what is good; teach me Thyself! Save me from folly, vanity, and vice, From every low pursuit; and fill my soul With knowledge, conscious peace, and virtue pure; Sacred, substantial, never-fading bliss!
Aparece en 546 libros desde 1757-2008
Página 62 - I came in, to which I went for a draught of the river water ; and being filled with one of my rolls, gave the other two to a woman and her child that came down the river in the boat with us, and were waiting to go farther. Thus refreshed, I walked again up the street, which by this time had many clean-dressed people in it, who were all walking the same way.
Aparece en 256 libros desde 1818-2008
Página 48 - Tis not enough your counsel still be true ; Blunt truths more mischief than nice falsehoods do ; Men must be taught as if you taught them not, And things unknown proposed as things forgot.
Aparece en 456 libros desde 1777-2007
Página 156 - Here will I hold. If there's a power above us (And that there is, all Nature cries aloud Through all her works), he must delight in virtue ; And that which he delights in must be happy.
Aparece en 858 libros desde 1713-2008
Página 35 - At his table he liked to have, as often as he could, some sensible friend or neighbour to converse with, and always took care to start some ingenious or useful topic for discourse, which might tend to improve the minds of his children. By this means he turned our attention to what was good, just, and prudent, in the conduct of life; and little or no notice was ever taken of what related to the victuals on the table; whether it was well or ill dressed, in or out of season, of good or bad flavor, preferable...
Aparece en 175 libros desde 1818-2008
Página 161 - ... a speckled ax was best"; for something, that pretended to be reason, was every now and then suggesting to me that such extream nicety as I exacted of myself might be a kind of foppery in morals, which, if it were known, would make me ridiculous; that a perfect character might be attended with the inconvenience of being envied and hated; and that a benevolent man should allow a few faults in himself, to keep his friends in countenance.
Aparece en 180 libros desde 1818-2007
Página 44 - I had gone on making verses ; since the continual occasion for words of the same import, but of different length, to suit the measure, or of different sound for the rhyme, would have laid me under a constant necessity of searching for variety, and also have tended to fix that variety in my mind, and make me master of it. Therefore, I took some of the tales and turned them into verse ; and after a time, when I had pretty well forgotten the prose, turned them back again.
Aparece en 279 libros desde 1818-2008
Página 156 - I could go thro' a course complete in thirteen weeks, and four courses in a year. And like him who, having a garden to weed, does not attempt to eradicate all the bad herbs at once, which would exceed his reach and his strength, but works on one of the beds at a time, and having...
Aparece en 214 libros desde 1818-2007
Menos 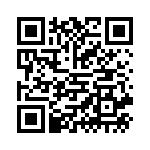