Brian Boyd is Distinguished University Professor in the Department of English at the University of Auckland, New Zealand. He is the author of the prize-winning Vladimir Nabokov: The Russian Years (Princeton 1990), Vladimir Nabokov: The American Years (Princeton 1991), and Nabokov's Ada: The Place of Consciousness. Referred to in a recent journal as "the great man of Nabokov studies," he has also edited Nabokov's English novels and autobiography for the Library of America and Nabokov's Butterflies for Beacon Press. 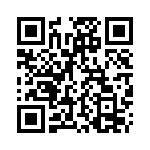