Siarlys Jenkins is an unwrinkled old man living in a quiet little room, on a noisy little street, in a midwestern city with reasonable rents and a manageable crime rate. Often thought to have a graduate degree, he boasts only a high school diploma and several decades of voracious reading on science, history, and religion. He has served as a local church historian, prepared indexes for history and medicine textbooks, and once had an article published in The Door Magazine. In his spare time, he does tutoring in math and reading, and suggests outrageously accurate answers to history exams. 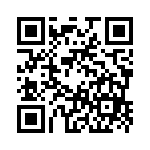