Página 10
The program will be syndicated to Seattle, St. Louis, Philadelphia and Buffalo on
November 20, to Indianapolis, Providence and Lancaster on December 4, to San
Diego, Columbus, Albany and Tampa on December 18; and to Winston-Salem ...
Página 12
In early December, McGraw-Hill author Dr. Whitney Smith, author of “Flags,” will
be on the NBC-TV network “Today ... and Oliver Jensen of “Railroads in America”
will do a taping on National Public Radio, in Washington, also December 8.
Página 14
MEMO FROM McGRAW-HILL; Fred Hechinger, coauthor of “Growing Up in
America,” will be interviewed by the Chicago Tribune and make six radio and TV
appearances in Chicago on December 4. Oliver Jensen, “Railroads in Ameri| ca,”
will ... 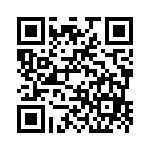