The spry second installment of Schama's projected three-volume history of the Sceptred Isle (the first volume not reviewed).Though published as a big-ticket trade item by a resolutely hip press ... Leer comentario completo

A history of Britain

Readers should not be daunted by the ambitious timeframe of this first installment of Schama's (Rembrandt's Eyes) two-volume, popular history of Britain, which will accompany the History Channel's ... Leer comentario completo

Simon Schama is an historian, educator, and writer. He was born in London, England on February 13, 1945. Schama earned a B.A. in history in 1966 from Cambridge University and later became a fellow of Christ College. Schama was a Fellow and Tutor in Modern History at Brasenose College, Oxford from 1976 to 1980. He also was an Erasmus Lecturer in the civilization of the Netherlands at Harvard University in 1978, and from 1980 to 1993 he was Professor of History and Mellon Professor of the Social Sciences and Senior Associate at the Center for European Studies. Schama has been the Old Dominion Professor of Humanities at Columbia University since 1993, teaching in the history, art history and archaeology departments. Schama's 1977 book, Patriots and Liberators: Revolution in the Netherlands, 1780-1813, received the Wolfson Prize for history and the Leo Gershoy Memorial Prize of the American History Association. Another book, Citizens: A Chronicle of the French Revolution, won the NCR Prize for Nonfiction. Schama also worked as an art critic for The New Yorker and has written historical and art documentaries for the BBC. In 2001 he received the CBE. In 2006 Schama earned the National Book Critics Circle Award for Nonfiction for Rough Crossings. His more recent works include A History of Britain and The Sory of the Jews, both written in multiple volumes. 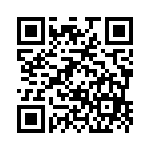